So a about 3 years ago I took my family on Carnival Cruise to the Caribbean, which consisted of one week of travel to several islands including Puerto Rico.  Our ship was the Carnival Liberty.

I have several complaint regarding this trip, so let’s start from the island selections. 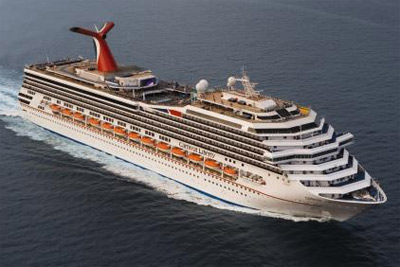 We stopped by 4 islands: San Juan, Puerto Rico, St. Thomas, US Virgin Islands, Grand Turk, Turks & Caicos Islands and Half Moon Cay, Bahamas. I liked the first two which are San Juan and St. Thomas, but the last two (Gran Turk and Half Moon Cay) were very boring and there was very little to do.  It would seem to me that Carnival is probably incentivized by these islands to take people to these locations. Otherwise why choose such boring islands?

Second, there were many hidden fees!  There was a $70 per person gratuity charge, so for a family of three that is an added $210. Gratuity should be optional not mandatory. If you are happy with service you can pay, but there was no option to get this removed! This may be against the law, I don’t know.

Third, the onboard photography were very pricey and a ripoff. Given you are not forced to take them, but what do you do when you are on vacation and your wife insists? The pictures came out real nice, but come on $22 a pop is ridicules. We ended up spending $700 on just photos!

Forth, the internet connection was slower than what speeds used to be in 1992 with dialup AOL!  On top of that you had to pay $100 for a few hours of connection.

Based on my experience,  I do not recommend Carnival cruises. There must be some better choices out there.

Options for Tax Free Property Investments in Grand Cayman 14 May , 2015